We use cookies on this site to improve your user experience

The return of international school trips for E-ACT academies 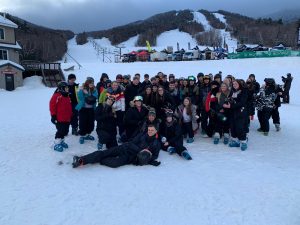 After nearly two years of limited or no school trips, E-ACT academies are delighted to have started 2022 with a number of international trips taking place for pupils. From Asia to Europe and the US, three E-ACT academies have recently embarked on enriching and life changing trips.

45 students from E-ACT DSLV Academy in Years 8 – 12 visited the US for a ski trip, among other things, for one week in February. Whilst the majority of the trip was dedicated to skiing in the Waterville Valley, New Hampshire, the students were also lucky enough to visit Boston and New York for key sightseeing activities. This really was a once in a lifetime trip for many.

Whilst in Boston, students were able to walk the Freedom Trail, enjoy a tour of Fenway Park (home of the Boston Red Sox baseball team) and have a tour of Harvard University. Just before flying back home, the students also had the opportunity to see some famous sights in New York, including walking through Manhattan, Central Park, Times Square and the One World Trade Center. 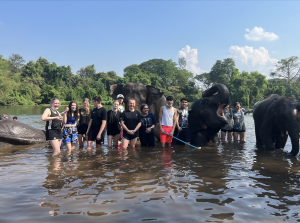 For just over one week in February, E-ACT Bourne End Academy and E-ACT Crest Academy students had an amazing opportunity to spend time helping local communities in Thailand. Funded by the Turing Scheme, both academies sent 16 students each to Bangkok (from Years 10, 12 and 13), where they visited Wat Nurandit School, an orphanage and an elephant sanctuary.

At the local school, E-ACT students took part in various lessons including languages, music and dance. Seeing how another culture educates pupils is an experience that our students will never forget. At the local orphanage, students were delighted to have raised over £2,000 in the run up to the trip so that they could present this gift to the children at the orphanage.

This truly was an eye-opening trip for all of the students, as they will have experienced a country and culture they have never seen before. 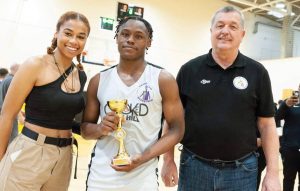 In January 2022, 11 students from E-ACT Crest Academy travelled to Budapest for three nights to take part in the European Youth Basketball League (EYBL) – an elite level tournament for the most talented players around Europe.

Kelson Dickson – who runs a sixth form basketball academy at E-ACT Crest Academy, organised the trip to Budapest, giving students an insight into professional basketball playing. This was after having been on a similar basketball trip to Naples, Italy in November 2021. The ethos behind EYBL is giving hard working and talented young people experience of what it takes to make a successful career through sport – both in terms of playing professionally and sport development.

Students at E-ACT Crest Academy had the opportunity to play basketball as well as speak with professional basketball players and see what it takes to succeed in the industry. One of the students (pictured above) even received an award for the ‘most valuable player’ whilst there and was interviewed about his personal experience of EYBL.

At E-ACT, we look forward to hearing more and more stories like these of fantastic and enriching school trips for our pupils.

The post The return of international school trips for E-ACT academies appeared first on E-ACT.

Our students are on their way to perform at Silverstone! #dance #GrandPrix2022 https://t.co/8jiWHBlOCy